Ice is often overlooked for what it brings to cocktails, even though it’s used as an ingredient in almost all of them in one way or another.

Outside of the obvious functions – chilling drinks in a shaker, keeping them cool, and melting into drinks to dilute them — ice has recently become a focal point in some cocktail bars for a new more visual function. From giant ice cubes to round spheres, artisanal ice is replacing the traditional scoop, as both a functional and aesthetically pleasing addition to modern drinks.

But what’s actually the deal with artisanal ice? We know that flakey crushed ice can ruin any cocktail, but is artisanal ice actually better than than the classic ‘on the rocks’ cube? Classic ice cubes are good for whiskeys, sodas, and tall drinks as they melt relatively slowly (although the watered-down sip at the end seems almost inevitable).

Artisanal ice giant square rocks are basically a re-sized take on the classic cube. The ice is tailored to fit perfectly into respective cocktail glasses: high balls get a long rectangle of solid ice, rocks glasses get a large square or, if your place is particularly adventurous: a solid sphere of ice (my personal favorite when paired with an old fashioned). The larger size of the ice combined with its smaller surface area, means it melts slower than multiple cubes would, so you can avoid that final diluted final sip.

I first came across artisanal ice in Chicago, then in Nashville, and most recently in London. It generally crops up in speakeasys and in higher end cocktails bars — and there’s a reason that it normally appears in pricier joints: the ice is reported to add on between 60-80 cents per drink (according to a recent Wired.com study.) But, if you’re looking to enhance your cocktail experience by avoiding poor quality, overly-crushed ice, which melts quickly and waters down your drink for a disappointing, tasteless experience, then you’ll love this new trend. Plus, it feels like you’re spoiling yourself a little each sip.

How to make it: Are you wondering how to make crystal clear artisan ice cubes at home?

Whenever I see it used up in bars it’s always a talking point, especially among people who have never seen it before. Luckily, if this craze is one you want to follow without the price tag, making artisanal ice at home in a number of varieties is easily done with different trays and molds. Plus, it makes a great addition to any home bar if you’re looking to impress your guests (which, let’s be honest, who isn’t?). 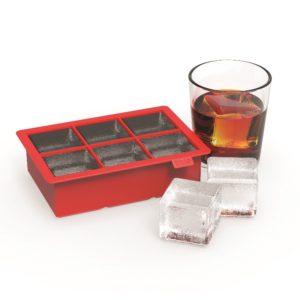 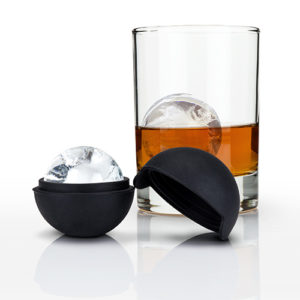 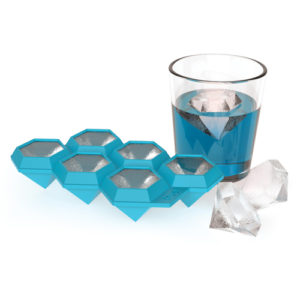 Because you’re going to be tasting the ice as it melts into your cocktail, it stands to reason that the better water you use for freezing, the better the end result will be. When making them at home, using filtered or distilled water works great. And if you’re storing it in a freezer avoid putting it near potent foods whose flavors could potentially seep into the taste of your ice. Finally, if you want to go one step further but guaranteeing that your artisanal ice is crystal-clear, this video has some top tips: